Your boat in a museum?

One of my first madmothist posts, written exactly six years ago today as I was waiting for Try-Foil to be returned from Weymouth, was about the history of the Moth class and included a reference to the Mariner's Museum, which is only 45 minute from my house. After a short blurb in Scuttlebutt about an AC72 J-board being given to the Museum, I sent an e-mail to the Lyles Forbes, the chief curator. My note and his response are copied below.

So, there's an opportunity for someone's boat to gain international respect and be saved for posterity. Are there any unused boats about?

I see from the latest issue of Scuttlebutt that the Museum will be
getting a AC foil to add to the small boat collection. I'm a local
(Norfolk) moth sailor and am familiar with the Museum and the
small boat gallery. You may be aware that moths are also foiling
now (and have been for ~10 years.)  Maybe the acquisition of a
foiling moth would be a nice comparison to the Silver Spray that
you now have.

Thanks for your e mails this morning!  We do indeed
have the J-foil from the AC72 as well as a T-foil
rudder from an AC45 now in the collection. Hopefully
we will be able to get them on display very soon – we
are trying to design a mount to support the foils.

As to your mention regarding the Moth class,
absolutely I have been aware of their foiling
capabilities for several years! The evolution of the
current design from that of Silver Spray is really
amazing. Although I think we ultimately would like
to have a foiling Moth for the collection, at the
moment we are really out of room to display any
more boats. We recently were given a large dhow from
Kenya, that has overtaken the area that my volunteers
used to conserve our collection.

However, if you become aware of a foiling Moth that
someone is interested in donating, I will certainly
present that to our collections committee for
discussion; as well as with our exhibition designer to
see if there is some way of displaying the boat in the
Center.

Thanks again for contacting us, and hopefully you will
soon be able to view the Oracle foils in the
International Small Craft Center!

Posted by Joe Bousquet at 7:57 PM No comments:

The blog is dead

Congrats to Nathan on the win. I wish I was there. Lots of stories to be told, I'm sure (for example, what happened to Dylan???) but the medium had undergone a sea change.

As witnessed by the most recent blogroll on the International Moth home page, the blogging among mothists is just about dead. Hmmmm....no posts about the worlds....what's up with that?

On the other hand, the Facebook page for the worlds has had lots of action. I suppose Facebook is a social blog, but I'm afraid the concept of individual blogging has past its prime.

The twitterverse has adequately covered the event on its site but I think the best overview came for the Yachts and Yachting coverage, even if it did neglect most of the fleet (70 of the 140 entries were in the silver fleet and it was a while before any mention of the back half was made.....)

I thought the Beau Outteridge Production pieces were okay, but their sailor profiles left a lot to be desired when compared to the extended interviews from Motterfeiber back in 2009.

So where do I go from here? Next week Susan and I will attempt to get her flying in Aftermath down on the Chowan River in North Carolina. I hope to race the boat at this year's classic moth nationals in September.

Stay tuned for occasional reports.
Posted by Joe Bousquet at 1:17 PM No comments:

We hold these truths to be self-evident... 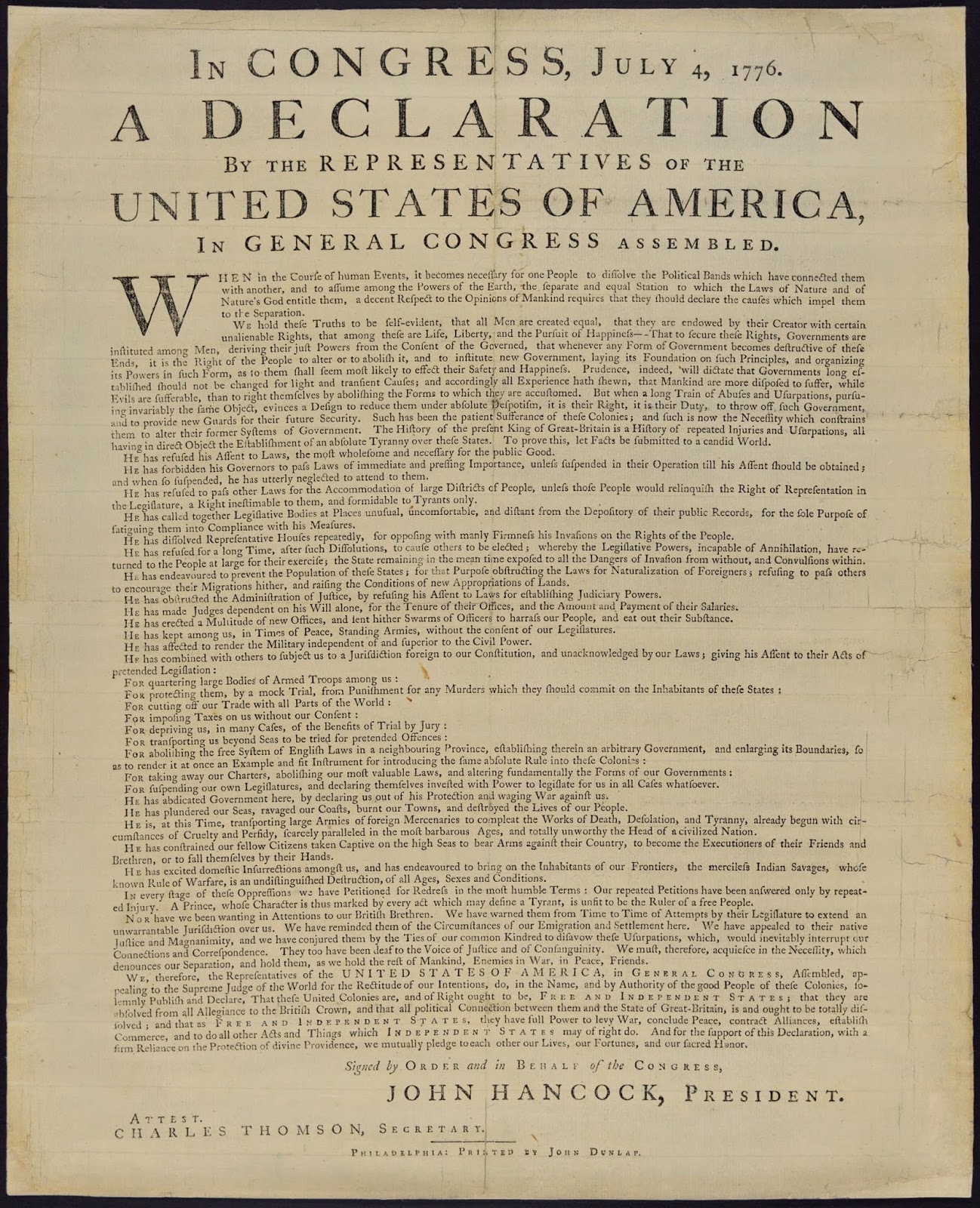 As of today, Americans still only account for 3/131 entries. I wish I were one of them. Good luck to Dylan, Zach and Brad.

Concerning the decision to put the kibosh on efficient solid wings: I'm pretty sure it was made in the interest of keeping the class members happy for the near term (and, yes, because we are a class with a "una-rig" to use an old term) but that a collateral effect was to move the moth off the bleeding edge of development.

I'm looking forward to reading about the championships, now only 2 weeks off.

I just finished a week in Manteo assisting with the A-Cat North Americans. My impression is that the class is as techie as the Moth and at the top level has as strong a talent pool as the Moth. At the Takapuna worlds in February the foiling development took long strides due to the efforts of some cup sailors. That regatta was won by class stalwart Glenn Ashby. The NA Champ Bruce Mahoney finished 16th.

The A-Cat class claims the moniker "Formula One on the water," which was also used by the moth in years past. But the A-Class rule limits racing to a max wind of 22 knots. This past week saw a windiest day of 18 knots and there was lots of difficulty in boat handling from mid-fleet on down. In race 4 almost 50% of the fleet recorded a lettered score. Certainly in top regattas the moth is capable of much windier conditions. Even I can manage reasonably competently in up to 25 knots. So I suppose the moth talent pool is, if not deeper, certainly wider than that of the A-Cat.

Bruce Mahoney had brought back some of the latest gear from NZ and had moments of foiling, but by and large I didn't see a huge difference between the boats capable of sustained flight and those with the older C-boards. There was no doubt in my mind that the moth would have certainly been faster in any breeze from 10 knots on up. One of the most impressive aspects of the regatta was the well done media package. Each day there was a professionally done video by Richard and Rachel from Ocean Images. It was fun to see the action from afloat, from the drone and even from a helicopter. Mr. Clean's SA video reporting seemed primitive in comparison.

Day 2 (no racing, but an explanation of foiling)

Day 3 (with some helicopter video)


Posted by Joe Bousquet at 8:23 AM No comments:

Back in the twittersphere @madmothist

Looking forward to reports from HISC since I probably won't be able to make it this time around... unless I hit the lottery. Someone suggested starting a crowdsourcing fund drive...somehow I don't think so.
Posted by Joe Bousquet at 4:31 PM No comments:

The Bar is Raised

Ned Goss recently posted a 36.6 knot top speed in Charleston. If a relative newcomwer to the class with a stock Mach2 can hit that speed, I would think that 40 knots should be achievable by an experienced mothist in a special purpose class legal moth. 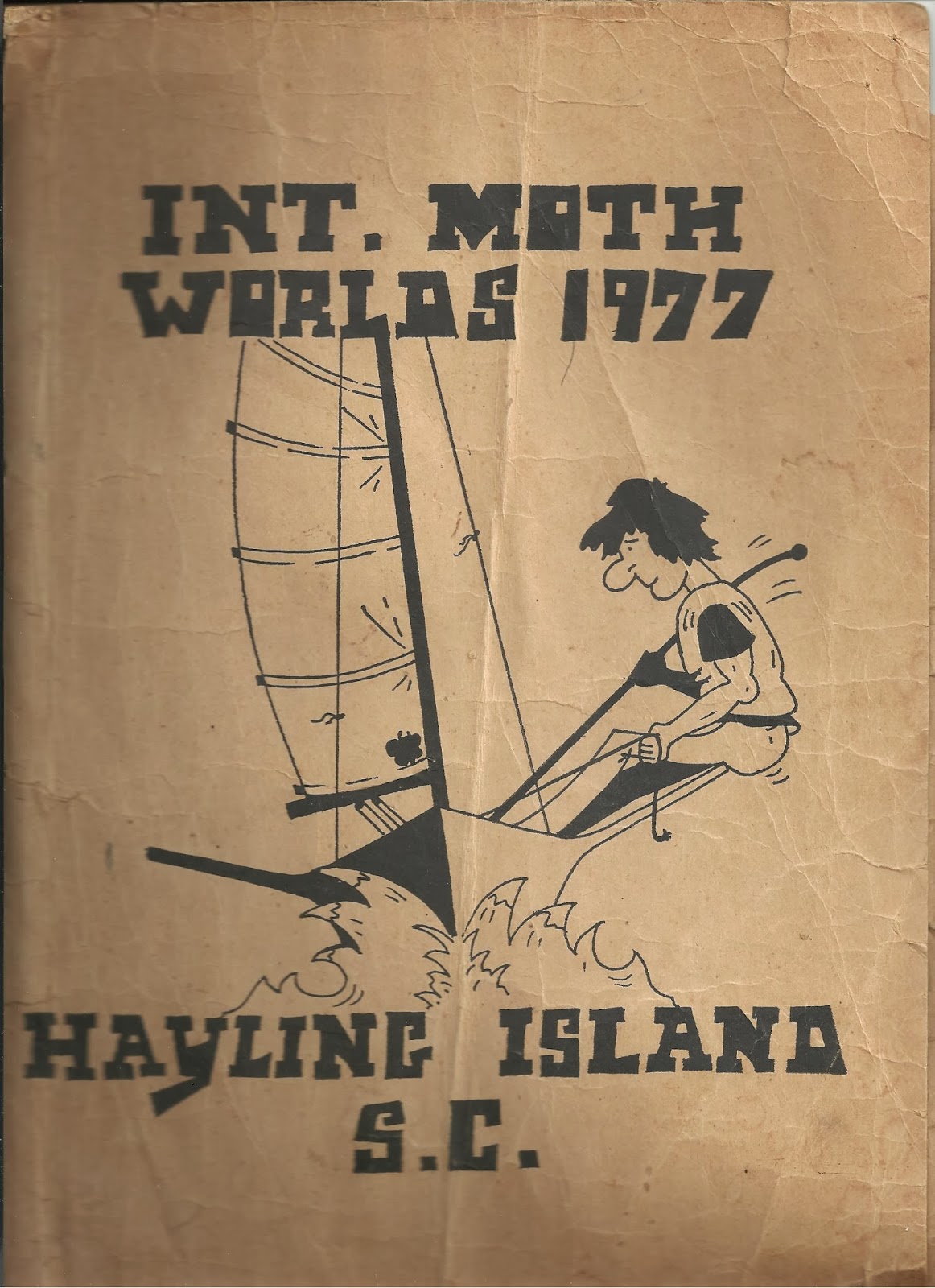