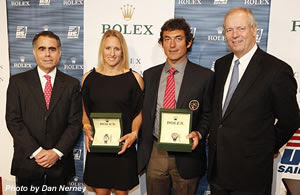 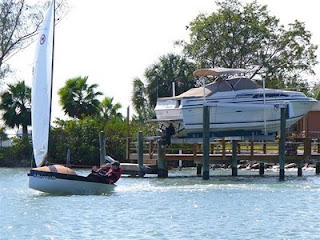 Two weeks have passed so it's time for a brief report. The weekend of the huge east coast blizzard brought wind and cold to south Florida as well. Saturday proved too breezy for racing, but did tempt me to try out Aftermath's foiling set-up. While there were some creaks and groans from the gantry area, nothing broke in the 25-30 knots so I suppose the engineering was sufficient. Unfortunately, the mainfoil AoA was just too small to create lift off. Returning to the ramp area in the lee of the shore I managed a bit of air time by moving aft and cranking the rudderfoil down. The pics included in this post were taken by Ed Salva and show an attempted take off and the final splash down, just before I ran aground. So the dolphin was creased by the trailing edge of the strut, causing even a smaller AoA. The experiment will have to wait for spring when I can rebuild the mainfoil well exit dolphin and find some warmer temps. I just cannot comprehend how those crazy Brits manage to sail in freezing (litterally) temperatures. 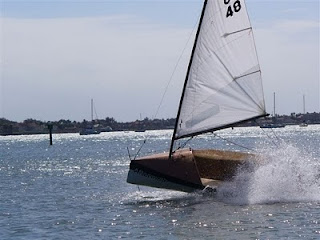 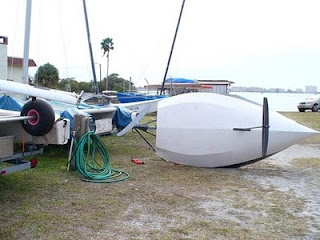 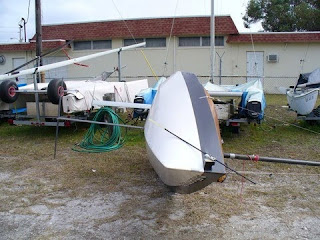