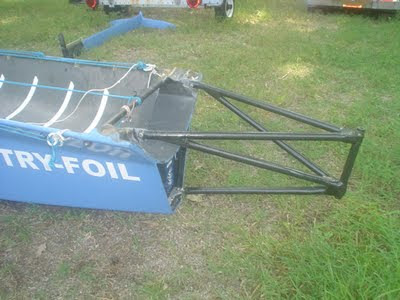 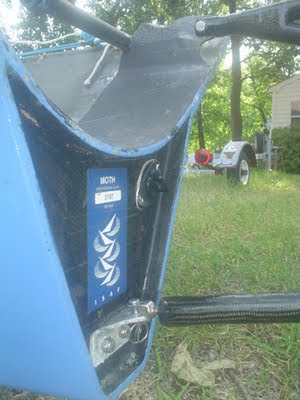 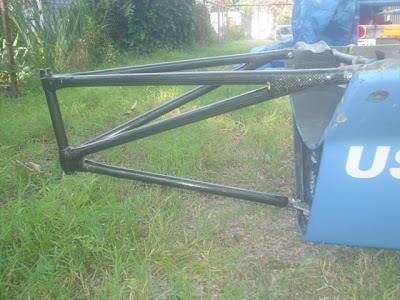 After a couple of weeks playing with my classic (the first coat of paint went on yesterday) I finally got around to working on the foiler. The projects include fitting the M2 mainfoil and re-building the gantry attachment points. After my "agricultural" repair of gantry #2 at Cascade Locks, I needed a new gantry that would not fail. The design does away with the lower bottle screw and instead incorporates the threaded fork for gross adjustments. The top attachment points are also forked, but of glass tube rigorously reinforced with lots of carbon. I also beefed up the saddle flanges from 1/8" to 3/16" G10 plate. The whole bit seems much more solid and cleaner. I've decided to do away with the fairing although after a few weeks of use it may come back.

With the gantry attachment points repaired I can reassemble the racks so I can easily lay the boat on its side. Next up is the M2 strut cassette for the well. I hope to have the trial fit in the next few days and perhaps hit the water by next weekend. Stay tuned.
Posted by Joe Bousquet at 11:09 AM 2 comments: 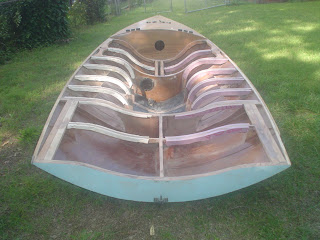 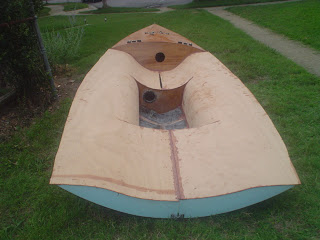 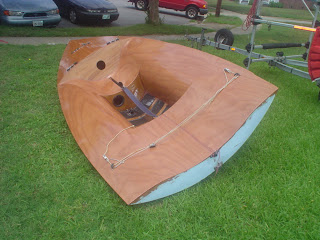 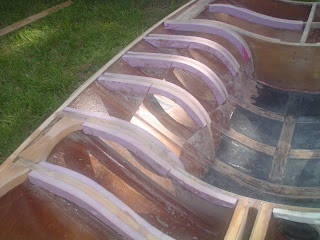 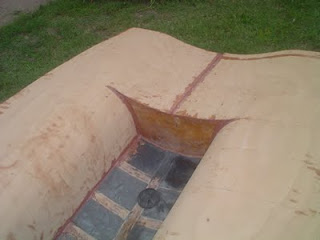 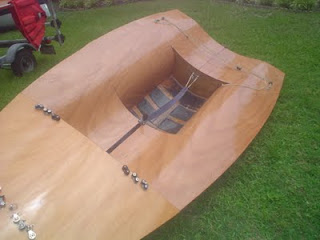 Posted by Joe Bousquet at 7:36 AM No comments: 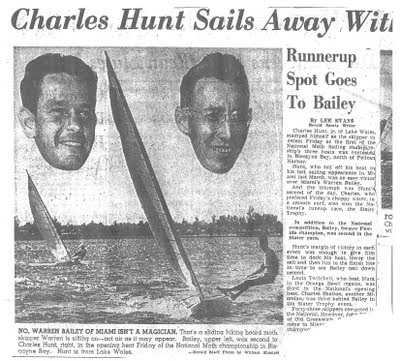 Posted by Joe Bousquet at 10:52 AM No comments: