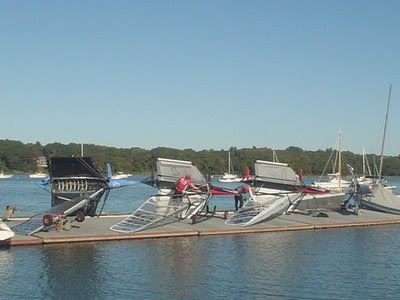 I hope to make the regatta next year. Peter and I were discussing what it would take to get more participation. Perhaps designating the regatta as the Moth Atlantic Coast Championships?
Posted by Joe Bousquet at 5:29 PM