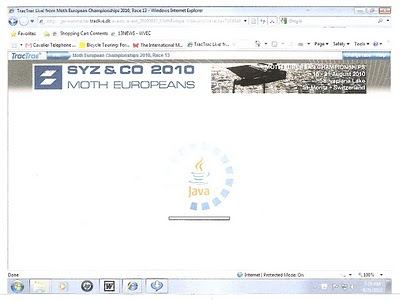 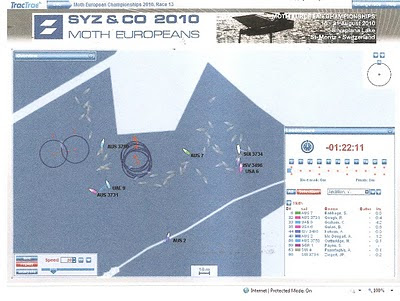 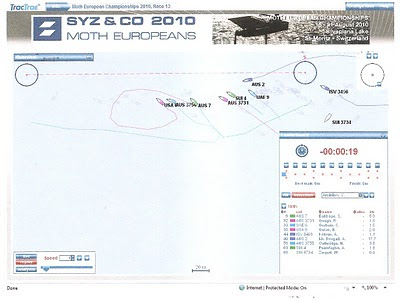 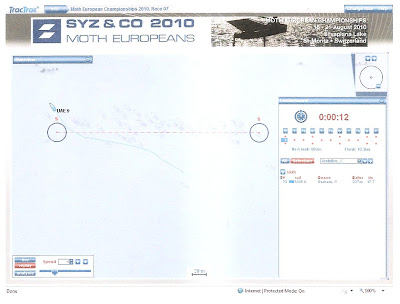 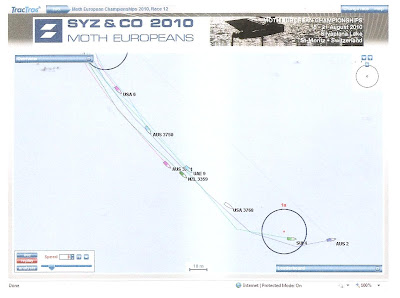 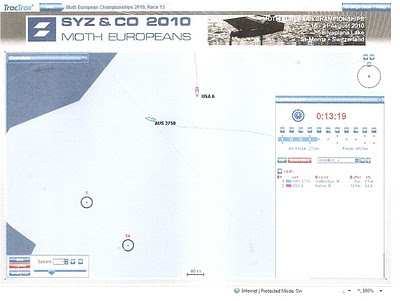 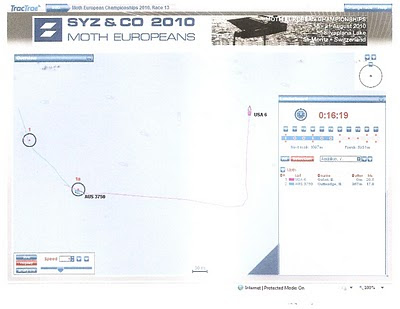 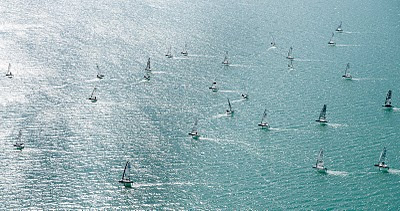 Hi Joe - the thing you don't mention about the Trac Trac is when people suddenly disappear off the screen - Simon Payne on the second day - left in mid air doing 23.2 knots - spooky! Or when Tim Penfold collides with Geoff Carveth (or vice versa) later that day - apparently he broke off one wing bar and needed stitches underneath his eye. Nasty. I would prefer Mr Clean's film and commentary any day however!

Graham you're right, real time commentary would be great. From my perspective in the US, I couldn't understand what happened to Bora near the end of the third beat in race #14. His speed dropped to less than 4 kts as he passed to leeward of Nate, screaming at over 21 knots on the leeward leg. Had Bora broken his boat? Since I didn't know there would be no 15th race, in hindsight it was just one great sailor acknowledging the accomplishment of another. Great sportsmanship!

Maybe we can get Clean in a helicopter!

And now I read in Monday morning's Scuttlebutt that Bora was suffering from food poisoning on the last day and that was why he dropped out. Yea, real time commentary would be a huge benefit to those not on the scene...