The only logical decision

Notice from the IMCA President regarding wingsails 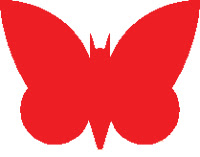 Thank you for the prompt responses to your own national Presidents on the vote to amend the 2011 World Championships NOR and thus allow wingsails to be measured and compete; or not to amend the NOR.

We will therefore be proceeding with issuing an amendment to the NOR under the guidance of and with approval from ISAF. Chief Measurer Adam May is currently working with ISAF on the final text and I expect this to be released shortly.