Oh the Weather Outside is Frightful 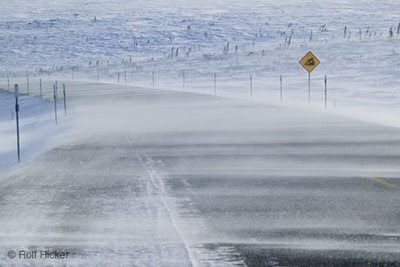 Lest anyone think that the US has benign weather this time of year (okay, shirtless in Hawaii may give that impression) it might be good to know that North America has some of the most extreme weather on the planet. For example, the highest wind gust ever recorded was on Mount Washington in New Hampshire.

Here are some links for today's weather for four North American locations. Family came down to Norfolk from the first two, the third is the venue for next year's worlds, and the last is the reason Bora escapes to Hawaii and those southern hemisphere regattas this time of year.

Albany, NY (where my sister drove from)

Cascade Locks (site of the ’09 worlds)

Besides, I wanted to hear more Led Zeppelin

Ah, ah,
We come from the land of the ice and snow,
From the midnight sun where the hot springs blow.
The hammer of the gods will drive our ships to new lands,
To fight the horde, singing and crying: Valhalla, I am coming!

On we sweep with threshing oar, Our only goal will be the western shore.

Ah, ah,
We come from the land of the ice and snow,
From the midnight sun where the hot springs blow.
How soft your fields so green, can whisper tales of gore,
Of how we calmed the tides of war. We are your overlords.

On we sweep with threshing oar, Our only goal will be the western shore.

So now you'd better stop and rebuild all your ruins,
For peace and trust can win the day despite of all your losing.
Posted by Joe Bousquet at 9:15 AM

If obama was a windsurfer he would be in heaven. It has been glorious in hawaii, It has been so windy. This is going to be the first year here that my father and I dont get to celebrate christmas by going windsurfing. almost done with the construction though.

Merry Christmas to you and yours. I hope the foot's healing. Remember to keep two hands on the nail gun! Good luck Down Under at the AUS Nationals.