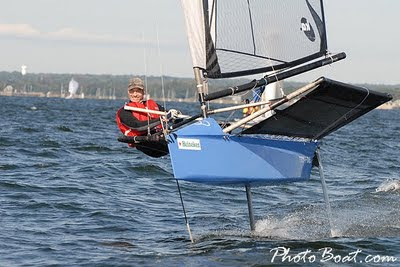 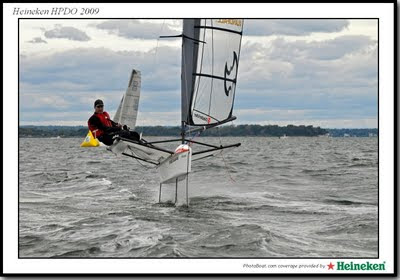 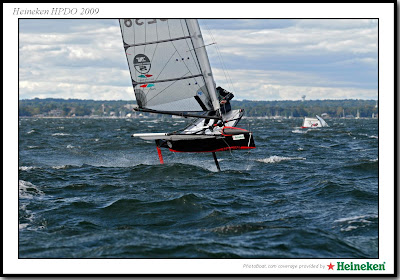 Sailing photos by Allen and Daniela Clark from The Photoboat.com
Posted by Joe Bousquet at 8:10 PM

Looking good Joe ... do you have things sorted now ?

nice to meet you this weekend joe. thanks for making the trip up. -matt

I really enjoyed reading your account here in England. Having just bought a Mach2, I have the greatest respect for anyone that has built their own boat. Unfortunately I think you are in a minority in these days of buying "Moths in a box"!

There's always stuff to do, but yes, things seem to be well sorted. The Illet replacement foil works well (the gen2b version.) The next mods to the boat will include replacing my gantry with something stiffer (still too much play in the rudder system for my taste) and replacing the morse cable on the wand system with a pushrod and guide tube similar to the BR set-up (and probably using some BR parts...)

Thanks for keeping in touch.
Joe

Perhaps another east coast regatta in the Annapolis area before next year's HHPDO?

Yes, the Mach2 is my dream platform, but until I win the lottery I'll be plugging away with Try-Foil...

Thanks for reading; good luck with your new boat.