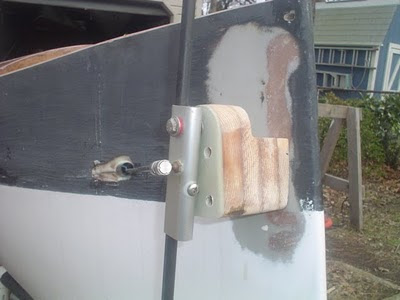 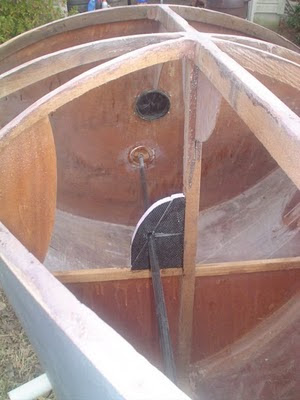 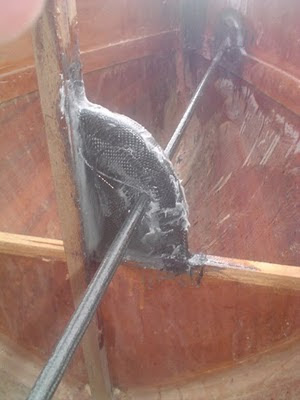 The foredeck has been off for about a week allowing me to plan the location of the push rod tube. Today it went in. The large bow block for the wand pivot (easily removable with four 3" long screws) allows the wand to get a little more clearance from the hull flare. The other two pics below show the fore and aft views of the tube. It's supported midway with a little foam-carbon block (a piece of a failed gantry fairing -- never throw carbon pieces away!) Below is the exit into the well area. The push rod is a 4mm carbon tube. On each end is an aluminum ferrel that holds a 10-32 machine screw, the same threads as the ball connector. The push rod guide tube ia a polyethelene shroud cover with a carbon sleeve, an idea that I took from the BR set-up. There seems to be way less friction than the Morse cable that I had been using on Try-Foil, plus there is definitely a more positive action and less weight. A push rod will also appear on my foiler next season and its Morse cable will go to the storage locker. 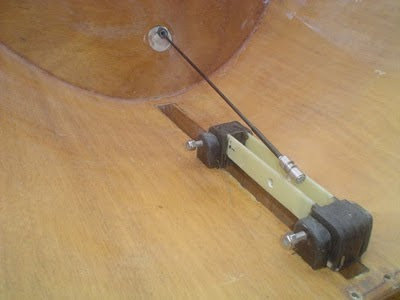 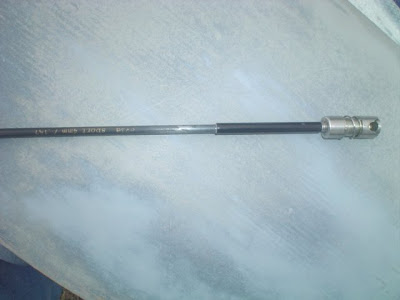 I've also given some thought to the comments about beefing up the gantry set-up. I've installed a underdeck strut that will be a strong point for a triangulation of the strut brackets. A little hard to explain, but once it's together I think it will be plenty strong. 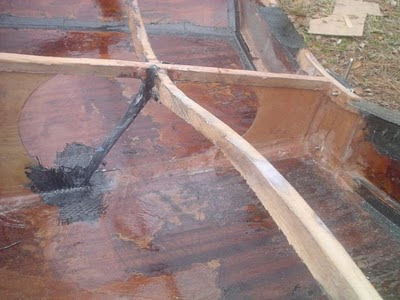 Both decks are ready to go on and I hope to get the foredeck installed tomorrow after work. Stay tuned, we leave for Gulfport in 11 days.
Posted by Joe Bousquet at 9:38 PM

Glad to see you added triangulation of the gantry attach. It looked like a weak point to me.