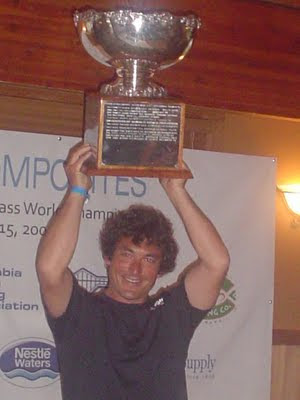 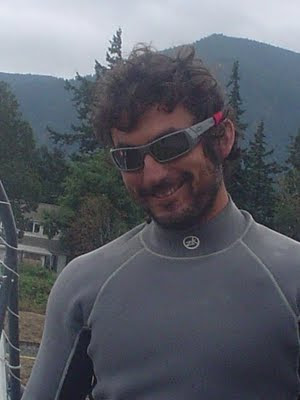 A US sailor has again claimed the Moth World Championship title, breaking a 33 year absence. Bora Gulari from Detroit, Michigan will now the third American to claim the Carling Trophy, joining Blair Fletcher (1967) and Ted Causey (1976). Bora credits his training partner, George Peet, his boat mechanic, Matt Pistay, and the West Coast class organizer, Charlie McKee for his success. Certainly his dedication to sailing as often as possible has resulted in optimized equipment, polished boat handling, and blazing speed off the wind. Bora bested Nathan Outteridge from Australia (who finished 2nd) and Arnaud Psarofaghis from Switzerland (in 3rd). Rounding out the top five are Dalton Bergan from the US and Simon Payne from the UK. The complete results are here and on the event site.

Andrew McDougall's Mach2 is now established as the fastest production moth in the world. The Dubai Worlds is a scant eight months away and it will be interesting to see if the top helms move en masse to from the BR to the M2. It will also be interesting to see the Ninja in the mix. The Assassin still has teething problems but perhaps they will be sorted on the coming year. Home builds are not necessarily uncompetitive, my result notwithstanding – Bruce reminds me that the fastest moth in Australia is Dave Lister’s home build.

As far as sailors are concerned, the US fleet is strong, with five of the top fifteen finishers. The program that Bora used to win included lots of sailing – he was on the water 6 days a week. It seemed to me that the first twenty finishers were sailing at the top of their game. It's just that the top has gotten consistently better. Perhaps for large regattas we will move to a two-tier fleet: pros and the amateurs.

I have to congratulate Nige and Charlie on their organization and Bill Symes and the CGRA for their committee work. Marilyn and her crew organized great shoreside activities. The media coverage was great, and Rohan's emcee duties definitely added to the crowd's pleasure. Well done all! 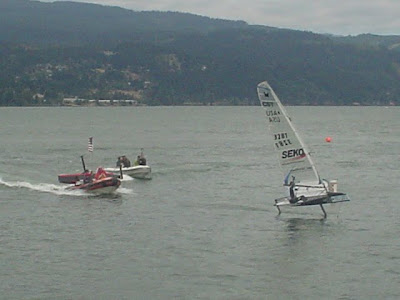 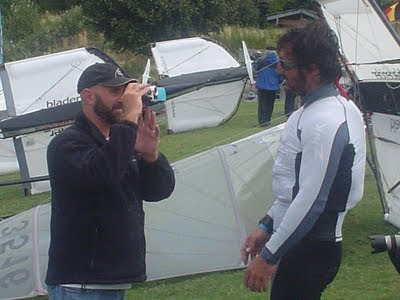 For Bora, representing the US Moth Class, I had to include Queen. Enjoy!

We Are The Champions, by Freddie Mercury (1977)
I've paid my dues -
Time after time -
I've done my sentence
But committed no crime -
And bad mistakes
I've made a few
I've had my share of sand kicked in my face -
But I've come through

C'mon Joe, you can't have it all.. You've won the bloggers world cup despite some pretty stiff opposition. I was working hard on my word handling but you still came through so congratulations!

You've got to keep going though and not just disappear as it will be weird without you in the mothosphere!

>>Perhaps for large regattas we will move to a two-tier fleet: pros and the amateurs. <<
Joe,
have read this elsewhere. Seems that it had been discussed at the annual meeting. Something along these lines had been discussed in the DN class years ago, when a couple of so called "pros" who normally took the first 8-10 places during worlds wanted to have their own spectacle. Price money and all. Now the guys got older, the idea disappeared and we have friendly competition with gold, silver and bronze fleets racing at the big events. (usually 50-54 DN´s each fleet) with qualifiers where everybody has a chance to sail for gold. Grand Prix finish for the qualifiers where the best twelve are moving up.